A mainstream movie based on a true story, starring Denzel Washington. It depicts the need for all children and adults to connect with their genetic roots, even when those beginnings were painful. So that an individual can move forward in life, taking the step of confronting their beginnings brings a wholeness; provides closure; and takes a great deal of courage, which in turn, is incredibly empowering.

The actual voices of a group of New Zealand children conceived via sperm donation. This clip shines a light on the very real need for reproductive technology to heed what it has taken the adoptive, professional community over half a century to figure out. Placing the interests of the parents over and above the needs and rights of the child created, has brought a huge population into the world, with a paucity in emotional well-being. People need to know their origins in order to find their place in the world.

A movie about the treatment of Orca whales in captivity. The parallel to issues inherent in adoption is eerie. The clip includes the separation of mother and child and speaks to the issue of putting a whale from one pod (or family) into another pod. 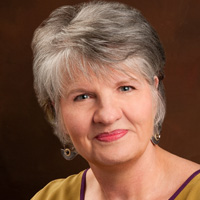